What Will You Regret?

A couple of years ago, I came across an article published in The Guardian about an Australian nurse called Bronnie Ware. She had spent several years working in palliative care, looking after patients in the last 12 weeks of their lives. She recorded their dying epiphanies in a blog called Inspiration and Chai, which gathered so much attention that she put her observations into a book called “The Top Five Regrets of the Dying – A Life Transformed by the Dearly Departing” which has been released worldwide, with translations in 27 languages. 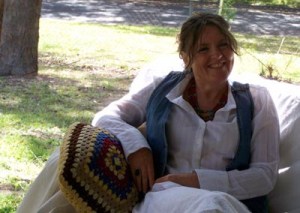 Her observations fascinated me. I work as a mentor and coach and engage many people in conversations about what a successful life would look like for them or what dreams they really want to fulfill during their lives. Sometimes, it can be quite hard for people to articulate specifically what it is they want to do, have or experience. In some cases, as a start point I get them to take a look at the top five regrets of the dying, as witnessed by Ware.

Here they are, together with her comments about each:

1. I wish I’d had the courage to live a life true to myself, not the life others expected of me.

“This was the most common regret of all. When people realise that their life is almost over and look back clearly on it, it is easy to see how many dreams have gone unfulfilled. Most people had not honoured even a half of their dreams and had to die knowing that it was due to choices they had made, or not made. Health brings a freedom very few realise, until they no longer have it.”

“This came from every male patient that I nursed. They missed their children’s youth and their partner’s companionship. Women also spoke of this regret, but as most were from an older generation, many of the female patients had not been breadwinners. All of the men I nursed deeply regretted spending so much of their lives on the treadmill of a work existence.”

3. I wish I’d had the courage to express my feelings.

“Many people suppressed their feelings in order to keep peace with others. As a result, they settled for a mediocre existence and never became who they were truly capable of becoming. Many developed illnesses relating to the bitterness and resentment they carried as a result.”

4. I wish I had stayed in touch with my friends.

“Often they would not truly realise the full benefits of old friends until their dying weeks and it was not always possible to track them down. Many had become so caught up in their own lives that they had let golden friendships slip by over the years. There were many deep regrets about not giving friendships the time and effort that they deserved. Everyone misses their friends when they are dying.”

5. I wish that I had let myself be happier.

“This is a surprisingly common one. Many did not realise until the end that happiness is a choice. They had stayed stuck in old patterns and habits. The so-called ‘comfort’ of familiarity overflowed into their emotions, as well as their physical lives. Fear of change had them pretending to others, and to their selves, that they were content, when deep within, they longed to laugh properly and have silliness in their life again.” 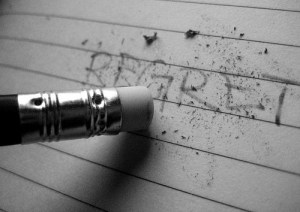 We don’t often think very deeply about these things or consider what we believe will be most important to us when our time comes. In 2004, my own life was shaken to its foundations by a rather sudden divorce and the death of my father which came simultaneously. My wife was also my business partner and the idea of carrying on trading without her was not something I could entertain, as it felt impossible for me energetically. There was a lot of pressure to resist my instinct to quit and just carry on doing the same thing. I felt I should as my lifestyle, status, livelihood and peer recognition, not to mention admiration from family and friends were all derived from me continuing in that life and persona. I knew in my heart that something major had to change and was procrastinating for a good few months as to what actions to actually take.

One of the things that really helped me was to become conscious of the possible regrets for myself if I did nothing. Another was to apply a bit of mathematics. The exercise was very practical and you can easily do it. When my father died (he was 73), I calculated how many days he had lived and it was roughly 27,000. Initially, this did not seem like a long time to me, so I searched on the Internet to check if this was about average. It turned out that the average life span of a UK male is 80 years, which is around 29,000 days. This enabled me to quantify, or at least estimate how many days I might expect to be around for. The huge turmoil in my life had led me to a state of confusion and paralysis as I desperately tried to work out what to do with the ‘rest of my life’ – which I perceived as an unquantified and seemingly infinite period of time. Equipped with this lifespan data, it gave me a new insight: what I really had to make decisions about was how best to use the 12,000 “active” days of life that I estimated were left for me at the time of my fathers death in 2004. (For calculation purposes, I excluded 2-5 years at the end of my 80 year life in case of complete loss of mobility). The stark clarity of that changed something in me. Looking at the five regrets above, I pretty quickly realised that the question I was really trying to answer for myself was “What is most important for me to experience, or what will I most regret if I die before my time?” When I started asking myself these questions, a different kind of intelligence started to emerge and I started to consider a way of life that was actually very different to the one I had built to that point, with a different emphasis and set of priorities. It led to me selling my business, home and virtually all possessions and living nomadically for eight years, with just a holdall and a laptop. Those choices brought an immense amount of freedom and joy into my life and simplified things enormously. It may not be the life that others had planned for me, but I certainly do not regret any of the things that have happened as a result.

Of course, any estimate you make as to the number of days you have remaining may be optimistic. One of my best friends from school died very suddenly following a heart attack last year. He was the same age as me and always talked about all the things he was going to do once he had retired. He never arrived.

If you have some quiet time over the holiday period, have a think about what you might regret the most later in your life. And then consider what steps you can take to ensure your daily activities reflect what is most important for you. Can you reduce the amount of time you spend working? Which friends do you want to re-establish a connection with? What are you grateful for in your life that you have not acknowledged? And how can you express yourself more fully? Finally, are you doing what you really, truly want to be doing with your time and energy?

In case you are interested, according to my own estimate, I have around 9,000 days of life left, maybe more, maybe less. One thing is for sure – I am determined to make choices that feel good for my heart and soul and not be influenced by peer pressure, comparison with others or fixation with material success. My encouragement to you as we end another year is to consider doing the same. 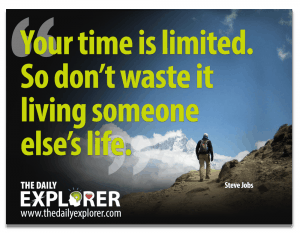 About the Author: Ray Martin

Ray Martin is a nomadic coach, mentor, writer, traveller, fundraiser, marathon runner and an award winning business leader. He explores both his external and internal world on a daily basis in pursuit of greater insight and wisdom about life, for himself and others.