Several years ago, I lived in the UK and ran my own company. After taking part in a major fundraising event called “Enduro India” in 2004, I was strongly motivated by the idea that one day, once the business was financially stable and could operate without me being there all the time, I would be able to travel for a few months and dedicate myself to voluntary work or fundraising in parts of the world where help like that was most needed. Of course, with the usual pressures of daily life, that day never really came and the idea remained somewhat of a fantasy, until I sold the company in 2008 which liberated me completely.

“Since its launch, my Calling All Angels Foundation has received over $50,000 from people all over the world”

I had already started exploring the world by then and had identified several inspiring individuals and organisations where it seemed obvious that they could do so much more of their great work if they had more financial support. So I talked to some friends who said they would be happy to donate money to some of these causes if I organised everything and made sure that all of the money ended up directly in these people’s hands. And so in July 2009, the Calling All Angels Foundation was born. Since then, new clothes, equipment and building repairs have been provided for orphaned children at the Namaste Community Foundation in Pokhara, Nepal. The construction of a new elephant shelter has been funded at the Elephant Nature Park, in Chiang Dao, northern Thailand. And a significant donation has been made to the World Cancer Research Fund. 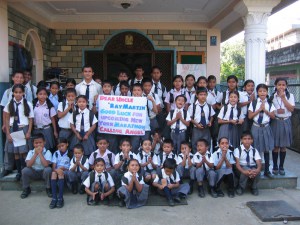 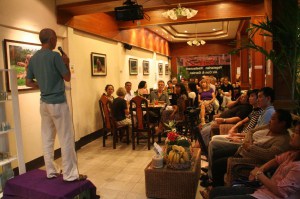 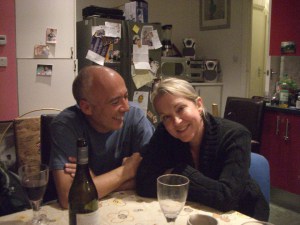 Above:  Me addressing a group during a fundraising event in Chiangmai (centre). All of the money raised has been given to good causes, including the Namaste Community Foundation (left) and World Cancer Research, in honour of my friend Jelly Blount (right) who died in 2009

To raise money for my first official campaign, I chose to run the New York Marathon and asked people to sponsor me. Given I had never run in my life before beyond a few hundred metres, this was a very ambitious undertaking. Yet I felt unless I did something life changing for myself, I couldn’t ask anyone to help me change other people’s lives by giving money to my foundation. Following my own advice, I enlisted the help of a running coach and he supported me to achieve what felt like an impossible dream. In November 2009, I completed the race in 4 hours and 16 minutes and have been hooked ever since! In April 2015, I ran in the Warsaw Marathon and raised $13,225 for “Schools of Hope” on the Thai/Burmese border. 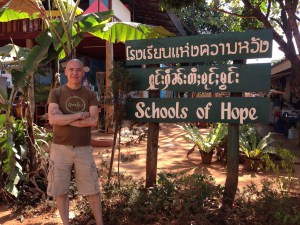 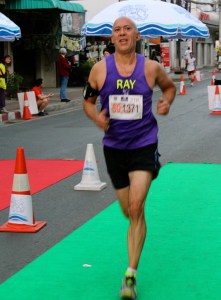 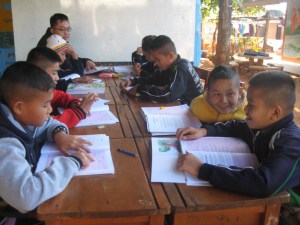 o
Above:The campaign this year was dedicated to the “Schools of Hope” in Thailand and raised $13,225

0
Below: “Two of my dreams have come true which makes me feel very happy – running marathons is now combined with my desire to support people who are doing great work to help others. I would like to thank every single person that supports the Calling All Angels Foundation, as without you, none of this would be possible”
o 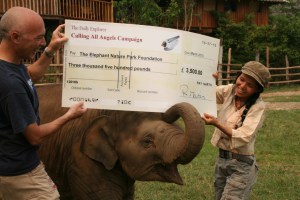 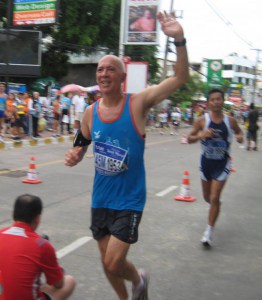 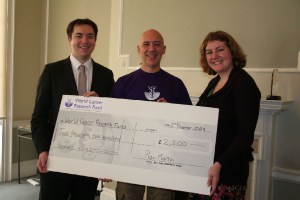 Since its launch, my Calling All Angels Foundation has raised over $50,000 from people all over the world and I am continually exploring ways in which it may be possible to generate more for those who really need it. When I discover people who are really doing something extraordinary to improve the lives of others around them, I love being able to help them financially if at all possible. This desire is what drives me to create new fundraising events and ask all of you for your continued support.

If you want further information about any aspect of my foundation, please contact me and I will be very happy to talk to you. And if you feel inspired, please make a donation! Your donation will help create badly needed resources for some less fortunate people around the world who I know will be very happy and grateful for your generosity.

PLEASE SUPPORT THE CALLING ALL ANGELS FOUNDATION AND MAKE A DONATION TODAY!